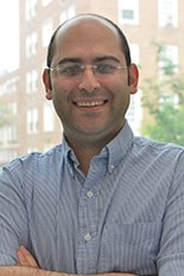 Babak Eslami
Babak received his PhD from our group in the summer of 2016. During his studies, he worked on               developing and optimizing multifrequency AFM techniques for surface characterization of soft matter.
As an Assistant Professor at Widener University (www.beslami.org), he continues to work on this topic,
​  focusing on the fundamental understanding of the cantilever dynamics in different environments,
​  seeking to enhance imaging sensitivity and develop new surface modification capabilities. 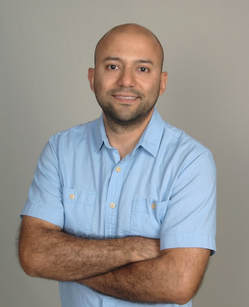 ​ Enrique A. López-Guerra
Enrique obtained his B.S. degree from Universidad del Valle de Guatemala and his M.S. degree from Kyung Hee University in Korea.  During his M.S. studies he conducted experimental work with carbon-supported nanocatalysts for heterogeneous reactions.  He then completed his PhD in our group in the spring of 2018, where his work focused on computational simulations of the mechanical response of nanoprobe-stimulated viscoelastic surfaces, and on the application of a variety of contact models to extract material properties from experimental data, primarily in the context of single- and multifrequency AFM experiments.  After his PhD he served as postdoctoral researcher sharing his time between Prof. Danmeng Shuai's group and our group.  His focused on soft matter viscoelasticity (bacteria, biofilm and polymers), single-impact AFM spectroscopy analyzed in the frequency-time domain via wavelet transforms, and on the development of inversion methodologies for viscoelastic behaviors involving multiple relaxation times.  He is currently a Technical Support Engineer with Park Systems Inc.
Ph.D. Students 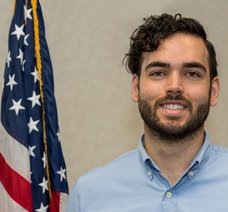 Cameron Parvini
Cameron received his B.S. and M.S. degrees in Mechanical Engineering with an Aerospace Focus from The George Washington University. During those degrees, his research emphasis was in the field of electric propulsion, specifically Pulsed Plasma Thrusters (PPTs) and micro-thrusters. Since August 2015 he has been a Pathways Intern with NASA Goddard Space Flight Center, working on specialized fiber optic assemblies for numerous missions with the Code 562 Photonics Group. After joining our group in the late Fall of 2016, his Ph.D. studies have focused on characterizing geometric changes in fiber optic assemblies due to thermal cycling, and on the development of AFM methods to characterize viscoelastic materials exhibiting multiple retardation times. 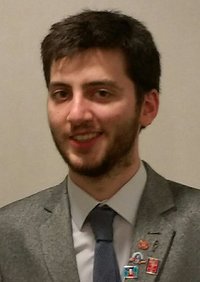 Berkin Uluutku
Berkin received his B.S. and M.S. degrees in Mechanical Engineering from Bilkent University in Turkey. During his M.S. studies he focused on modeling NC-AFM experiments using molecular dynamics and the harmonic oscillator model, and also worked on investigating graphene covered with self-assembled monolayer structures via STM. He joined our group in August of 2017 and performs research on the electromechanical properties of organic photovoltaic systems studied through AFM and STM.
M.S. Students 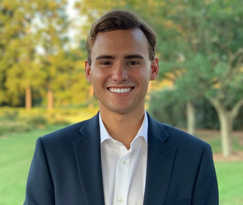 Marshall McCraw
​Marshall joined our group in the summer of 2018 as an undergraduate study.  He initially worked on the development of machine learning algorithms to identify and characterize grain boundaries in semiconductors within SEM imagery, as well as on modeling electronic and ionic conductance through disordered regions with a specific focus on the electrode-electrolyte interface within solid state batteries.  He stayed with us as a graduate student and now focuses on the development of instrumentation and methods for the viscoelastic characterization of cellular materials in high-damping environments.
Undergraduate Students